The Centre Pompidou Málaga is located in the remarkable building known as The Cube, between Docks 1 and 2 of the port of the city. A privileged location in front of the waters of the bay of Malaga.

Muelle Uno has an underground car park that opens 24 hours a day. In addition, there are several parking lots in the vicinity.

Admission is allowed 30 minutes prior to closing time.

If you have any questions regarding the opening times, please contact us 951 926 200 or through our WhatsArt!.

Learn more about our our guided visits and educational program.

Learn more about our our guided visits and educational program.

Free tickets can be booked by job seekers with a valid ID, minors, CEPER, holders of the youth eurocard, students of art schools, teachers and university students of Fine Arts and Art History, museum employees and ICOM members, visitors with disabilities (with one complimentary companion ticket if required) and for general public, admission will be free on Sundays from 4:00 p.m. to closing time.

Concessions apply to people over 65, students up to 26 years with valid ID, large families with valid ID and participants in congress carried out by the University of Málaga.

The building known as The Cube, where the Centre Pompidou Málaga is located, has been adapted following all the normative requirements of accessibility. The centre has ramps, elevators, a cloakroom and adapted restrooms that allow free movement through. 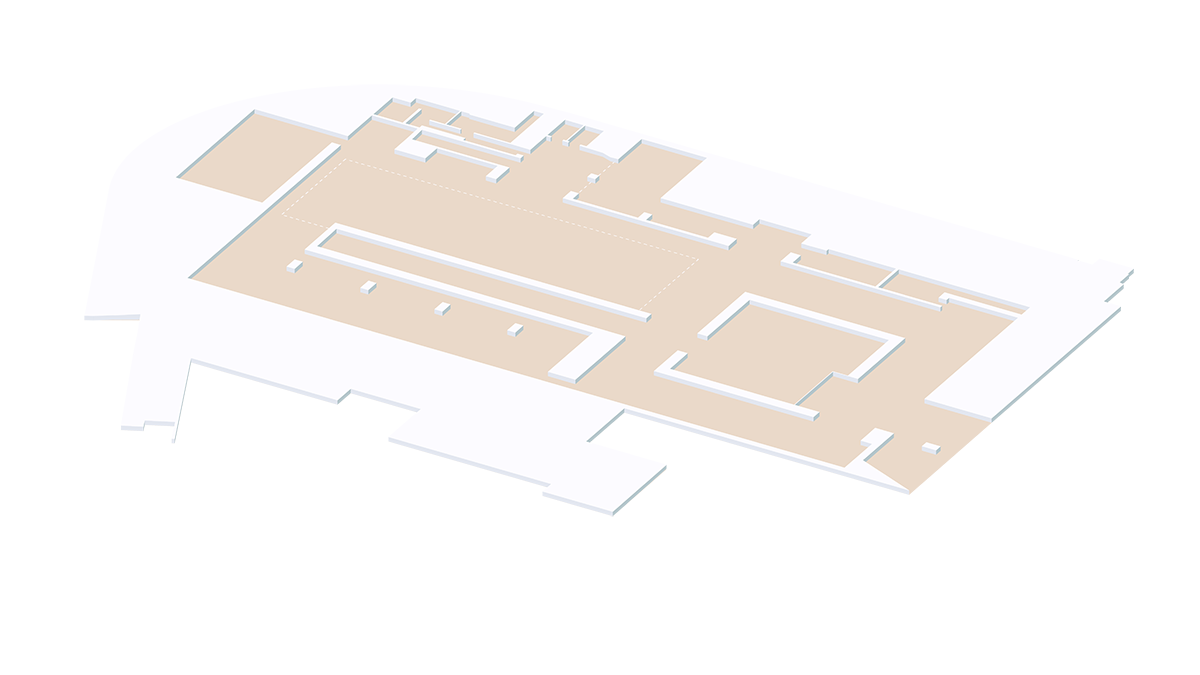 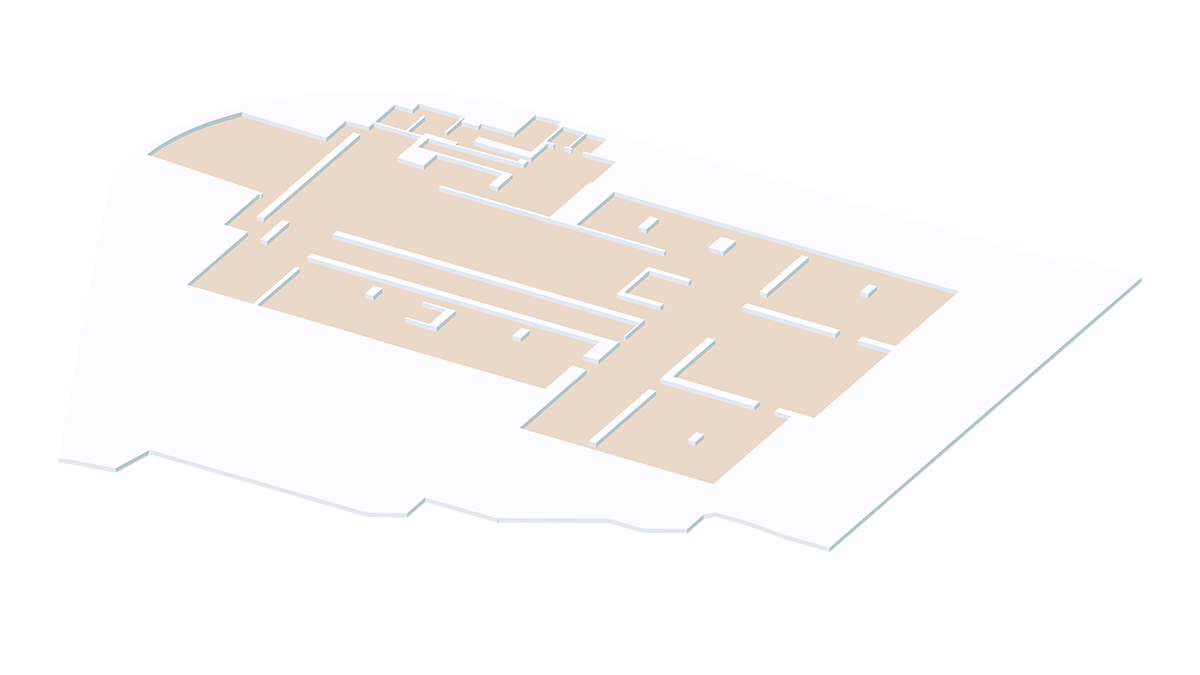 Visitors will be able to discover the Center Pompidou Málaga for themselves or get a closer look at the collections through guided tours. Tours in English and tours for families and children are also available.

The wheelchair service is available for people with reduced mobility.

The breastfeeding room is open. The microwave, for the moment, remains unavailable.

To ensure the safety of visitors and workers and in compliance with the regulations of the Ministry of Health, we are currently unable to offer you these services:

The cloakroom and luggage storage services located on the ground floor remains closed. However, motorcycle helmets, large backpacks, suitcases and umbrellas can be kept in specific storage places that have been set.

The cafeteria is still closed, but there is a rest area with vending machines where you can sit down to have a coffee or a snack.

We apologize for the inconveniences. If you need more information, you can ask our staff directly or write to us at info.centrepompidou@malaga.eu.

Smoking is not permitted

Smoking is not allowed inside this building in accordance with Law 28/2005.

Animals are not permitted

Animals are not allowed, except for guide dogs.

Entry is not permitted in swimsuit or shirtless.

Food is not permitted

It is not allowed to enter with food and / or drink.

Sharp objects are not permitted

Sharp objects or similar, including umbrellas, are not allowed due to the fact that damage to the works of art on display could be inflicted.

In this section you will find a selection of brochures in English / French.

FROM MIRÓ TO BARCELÓ. A CENTURY OF SPANISH ART

Cubism, surrealism, figuration and abstraction; painting, sculpture, film and video; in the history of 20th and 21st century art, not a single period or field has not been led by Spanish artists. Pablo Picasso, Joan Miró, Salvador Dalí or Luis Buñuel advocated for new ways of seeing and creating that remain strong influences today. This chronological pathway through a century of Spanish art reveals how the current generation of artists has kept alive the spirit of the avant-garde with extraordinary energy. Their predecessors lived through troubling times, Parisian exile, the war, and ostracism which fuelled a repertoire of moving, radical and even sacrilegious images.

Once freedom is restored, their heirs, such as Miquel Barceló, Cristina Iglesias, and La Ribot, among others, keep on surprising us by inventing new approaches to painting, sculpture and space which re-enchant the materials, rituals and myths of Spanish art.

Listen to the audio guides

Also present in the exhibition «From Miró to Barceló. A century of Spanish art ”, the work gathered here by the Catalan sculptor Julio González (1876-1942) comes from the Musée national d’art moderne in Paris. In combination with the Institut Valencià d ’Art Modern (IVAM), the Mnam preserves the richest collection of sculptures and drawings by the artist, mostly from donations and donations from his daughter, Roberta González, between 1953 and 1978.

Throughout the visit, we discover the great stages of a career initially focused on metalworking, with the classicist nudes and figurative portraits in embossed copper from the 1910s and 1920s, or the cut-out reliefs and the first wrought and welded iron sculptures. These works glimpse the great schematic sculptures of the 1930s that materialize his concept of «drawing in space», which deepened during his collaboration with Pablo Picasso between 1928 and 1932.

The preparatory drawings gathered around the sculptures upholds the appreciation of the technical process and the formal diversity of linear metal sculptures, such as Femme se coiffant I [Woman combing her hair I] from 1931 or L’Ange, L’Insecte, La Danseuse [El Ángel , El Insecto, La Bailarina] from 1935, and appraise the dynamism of the metamorphic and lyrical figures of the late 1930s.

Echoing the first pastel Self Portrait of 1914-1918, the last self-portraits drawn and engraved reflect the ascetic and strong personality of Julio González, considered the father of 20th century iron sculpture.

TO EACH THEIR POINT OF VIEW.
EXHIBITION – WORKSHOP.

The exhibition-workshop To each their point of view combines a series of activities to educate the gaze in an amusing and fun way. Focusing on a certain detail, changing the scale or angle of vision, approaching the subject

«cautiously, like a wolf», as Henri Cartier-Bresson used to say, and playing with shadows and lights, are some of the actions that allow the enjoyment of our personal gaze. Expanding a detail, a texture, a color, opens the mind to a world of sensations.

This workshop is an opportunity to discover and develop a specific vocabulary to learn how to interpret images. Expressing themselves with words and exploring photography allows children to appropriate reality and see their everyday environment in a different way. By imagining their own scenes from different photos and materials, they create images and gain the tools necessary to decipher and read them.

A film with photographs by Henri Cartier-Bresson specially selected for the occasion completes this proposal aimed at a young and family audience.

This website uses cookies to improve your experience while you navigate through the website. Out of these, the cookies that are categorized as necessary are stored on your browser as they are essential for the working of basic functionalities of the website. We also use third-party cookies that help us analyze and understand how you use this website. These cookies will be stored in your browser only with your consent. You also have the option to opt-out of these cookies. But opting out of some of these cookies may affect your browsing experience.
Necessary Siempre activado
Necessary cookies are absolutely essential for the website to function properly. These cookies ensure basic functionalities and security features of the website, anonymously.
Functional
Functional cookies help to perform certain functionalities like sharing the content of the website on social media platforms, collect feedbacks, and other third-party features.
Performance
Performance cookies are used to understand and analyze the key performance indexes of the website which helps in delivering a better user experience for the visitors.
Analytics
Analytical cookies are used to understand how visitors interact with the website. These cookies help provide information on metrics the number of visitors, bounce rate, traffic source, etc.
Advertisement
Advertisement cookies are used to provide visitors with relevant ads and marketing campaigns. These cookies track visitors across websites and collect information to provide customized ads.
Others
Other uncategorized cookies are those that are being analyzed and have not been classified into a category as yet.
GUARDAR Y ACEPTAR